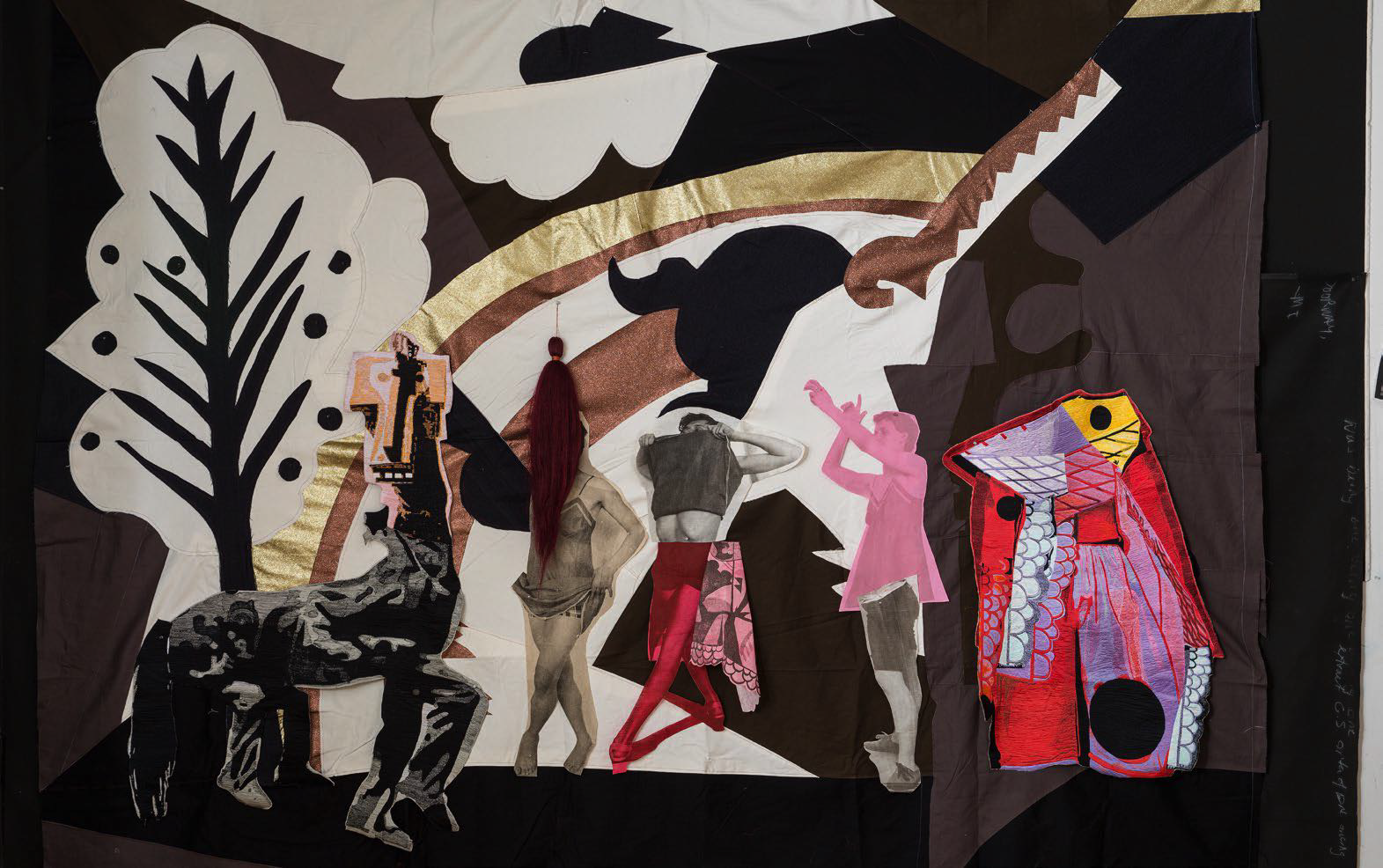 PostmastersROMA is pleased to present the fifth solo show of Sally Smart with the gallery, marking over a decade of collaboration with the artist. This exhibition is hosted by 1/9unosunove gallery, a staple of the Roman art scene, and is located in the historic center.

Sally Smart is one of Australia's most significant contemporary artists. She is known for her large-scale cut-out assemblage installations. The Choreography of Cutting (2015 —) is a major ongoing project which reframes and refigures the historical avant-garde dance company Ballets Russes and its experimental choreography, costume and theatre design as well as its legacies. Exhibited in Sydney, Adelaide, London, Canberra, Jakarta, New York, Melbourne and Yogyakarta. The Choreography of Cutting continues it's evolution in Rome. In this latest iteration, Smart will exhibit her remarkable new assemblage embroidery works, created by her digitally cutting up images of the costumes designed for the Ballets Russes by key early modernist artists including Pablo Picasso, Henri Matisse, Mikhail Larionov and Sonia Delaunay among others. Those resulting images are manually embroidered by Indonesian artisans in Yogyakarta, further connecting cultural histories across continents.

The idea of movement in The Choreography of Cutting differentiates this body of work from collage and assemblage traditions of the past. Cutting and assembling is essential to Smart's practice. The act of cutting is definitive, both destructive and constructive, creating multiple elements by fragmenting a whole. The movements of art making such as reaching, stepping, pinning, cutting, bending, sewing, and moving through her studio space Smart relates to dance choreography.


Sally Smart exhibits regularly throughout the world. A recipient of numerous awards and prizes, received an Australia Council Fellowship 2012-14, (b.1960) is currently Vice-Chancellor's Professorial Fellow at University of Melbourne and a board member of the National Association for the Visual Arts (NAVA). The University of Melbourne and was awarded a major public art commission, 2012 - 2014, Shadow Trees, Buluk Park, Melbourne, Australia.