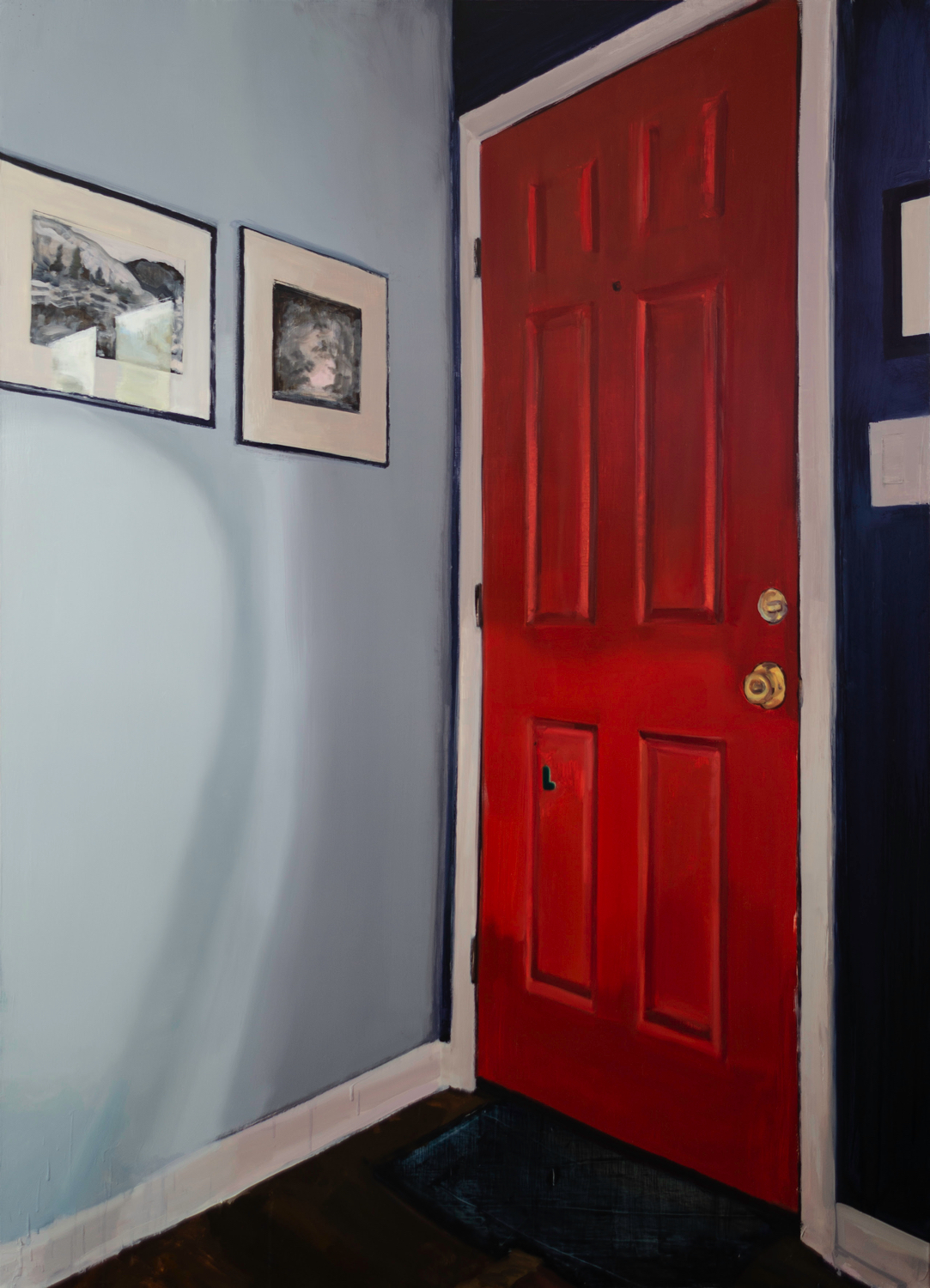 "Iowa Dream" is a show of large-scale, unrushed, and unpopulated paintings, at once personal and neutral, humane, observant and SLOW. Paintings that are simultaneously empty and loaded, and that are best experienced one-on-one, by viewing in a real (physical) space. Quiet paintings that risk being rendered invisible amidst the digital fog, or suffocated by the frenetic, figurative, pop-infused iconography of art optimized to perform online.

"If you slow things down, you notice things you hadn't seen before." - Robert Wilson


Stevens paints intimate spaces and nondescript objects of everyday life: her studio, her bedroom, her garden, a shower curtain, a desk, a stack of suitcases, a disheveled bed taken over by a cat. Vacillating between experience and memory, surface and subject, these are slow paintings, made softly and hazily, where the familiar and overlooked trace the contours of a private world.

Serena Stevens was born in 1988 in Fort Madison, Iowa. After spending six years living in Southern California, New Mexico, and then New England, Stevens returned to Iowa, to paint the distance between past and present and the discomfort of familiarity. Her project of self-reflection is to mark the changes in her own perspective after her departure from and return to her home. Her paintings index her efforts to see anew her personal and private spaces and surroundings.

I think of home as both a place and a feeling, something both fleeting and everlasting. A source of potential comfort or contempt, a home sinks in its roots while remaining utterly receptible to being uprooted.

The life-size scale of Stevens' paintings creates an alluring space, even as the frenetic softness of her brushstrokes invites viewers to remain focused on the surface of the canvas. This tension, which arises from the nature of painting itself, resonates with Stevens' own exploration of place, presence, and belonging.

The show shares its title, "Iowa Dream," with the newest posthumous album of avant-garde musician and Iowa native Arthur Russell (1951-1992). In 1973 the cellist, composer, singer and producer relocated from Oskaloosa to New York, where he was a prolific participant and collaborator in lower Manhattan's experimental music and disco scenes, and the music director of The Kitchen.