JOSEPH BEUYS & SERKAN ÖZKAYA
Left is Right, Down is Up closes July 11 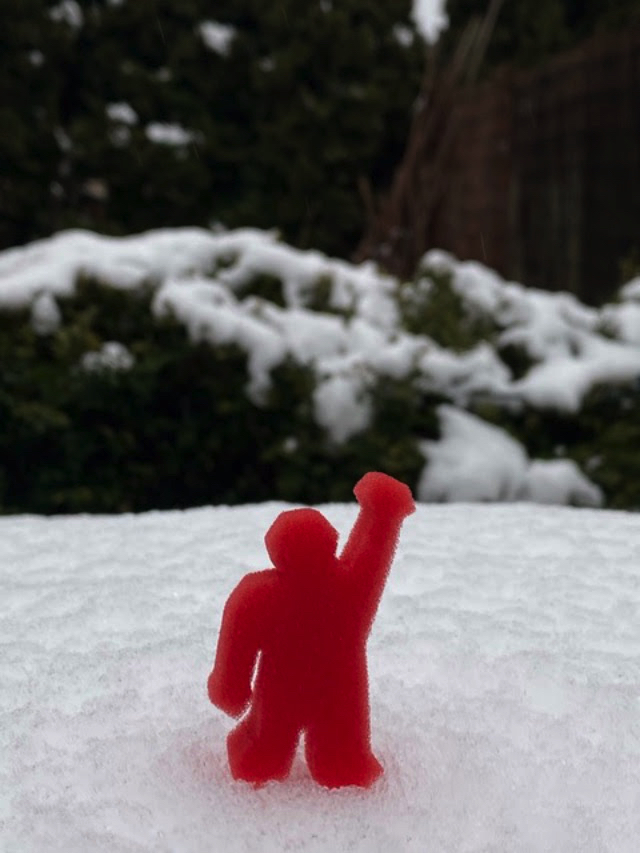 "If someone has an empty brain--and because of this is vexed by insanity, and is delirious--take the whole grains of wheat and cook them in water. Place these cooked grains around his whole head, tying a cloth over them. His brain may be reinvigorated by their vital fluid, and he may recover his health. Do this until he returns to his right mind."

Left is right, down is up!


A delirious king, a pandemic, extreme poverty, social injustice, climate disaster, political divisiveness, hysteria: How in the universe have we found ourselves in this apocalyptic horror vacui, like wildfire? Oh, and the wildfires of course...

Postmasters Gallery is not seeking to give an answer to this searing question, but rather pose yet another one with a two person show where you will encounter empty walls:

In "Left is right, down is up!" we are revisiting two works from the second half of the twentieth century.

The second work is Serkan Özkaya's notorious Proletarier Aller Länder (Workers of the World) 1999, in which thousands of minuscule, red plastic foam figures are affixed to the floor, a sprawling army of little protesters, to be stepped on by gallery-goers. "Depending upon your point of view, Özkaya's installation either cited the trampling of the working classes or their resilience and ultimate power, always springing back, indestructible." (Lilly Wei, Art in America).

Beuys and Özkaya fill in the vacuum with unsettling, seemingly slight but powerful works. Both challenge notions of sculpture, installation and politics, while confronting visitors with a politically ambiguous viewing experience. After all, one thing the power structure cannot stand is ambiguity.