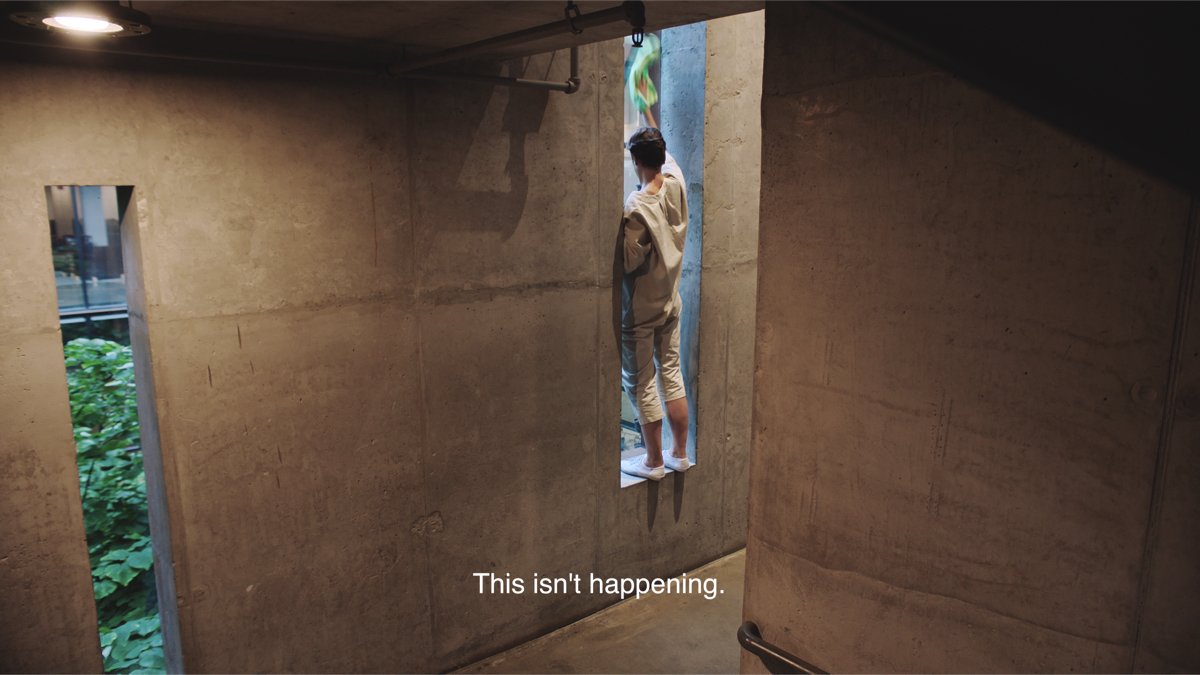 Postmasters Gallery is pleased to present CLEANER, a solo exhibition by Jennifer and Kevin McCoy. A video work of cinematic scale, CLEANER traces the creative awakening of a maintenance worker. Her movements are framed within the routines of manual labor, yet set against the hermetic work environment of the tech economy. The film, shot on location at the headquarters of Kickstarter, while the artists were residents there in 2018, juxtaposes the physicality of traditional labor with the abstraction of technological work through its use of soaring camera movement, precise framing, and choreography inspired by everyday gestures. The building's panoptic architecture, the young employees on sofas with laptops, and the opulent finishes of the offices are set against the repetitive motions of the cleaner's work.

The film is the second installment of the McCoys' WORKSTATIONS trilogy. The first film, BROKER, was shot in 2016 in a luxury apartment in the United Nations Trump Tower four months before the American election. In CLEANER, the McCoys shift their attention from domestic to work space, examining the aforementioned themes through the eyes of a lone female worker, in this case a Polish immigrant played here by the dancer and actor Magdalena Kaczmarska. With original music by composer and producer Lori Scacco and choreography by Hillary Ramos, the McCoys construct a sonic and visual terrain that encompasses both the interior potentiality of creative life and the hard surfaces of the work site. (The forthcoming final chapter, QUITTER, leaves both domestic and work space behind to find out what remains of life if you subtract lifestyle).

This loosely narrative work exposes the tight grip of corporate social space and the precarity inherent in all forms of work today. We see the cleaner evolve from marginal/anonymous/invisible to central/personal/crucial, and back. She's the ultimate "creative" with a dayjob, using her 9-5 to support her real work, both by cleaning and by illicitly holding parties in her office building. Hilariously, her "day job" is in a creative zone where people supposedly do interesting work (while laying around like zombies), and whose supermodern workspace (clean lines!) is well suited to intervention and improvisation. It's so blank (blank slate) as to be useful as a stage upon which she can build a creative persona. Coincident to the timing of this exhibition, Kickstarter itself is currently embroiled in an, as yet, unsuccessful attempt to unionize its workforce, underlining the similarities rather than the differences between contemporary labor and its previous manifestations.

Accompanying the film installation, the McCoys also present a new series of works entitled Spills. In these cast metal sculptures, debris from the tools and comforts of the modern office job are congealed into complicated masses. These artifacts present the viewer with an urban archeology of the small elements that, even in the digital economy, just won't disappear.

The works of Jennifer and Kevin McCoy have been widely exhibited in the US and internationally - including a recent project at the Whitney Museum of Art in New York, the British Film Institute-Southbank, London, the Centre Pompidou in Paris, and the Wexner Center for the Arts. In 2011, they received a Guggenheim Fellowship. This work was supported by the Tow Foundation.