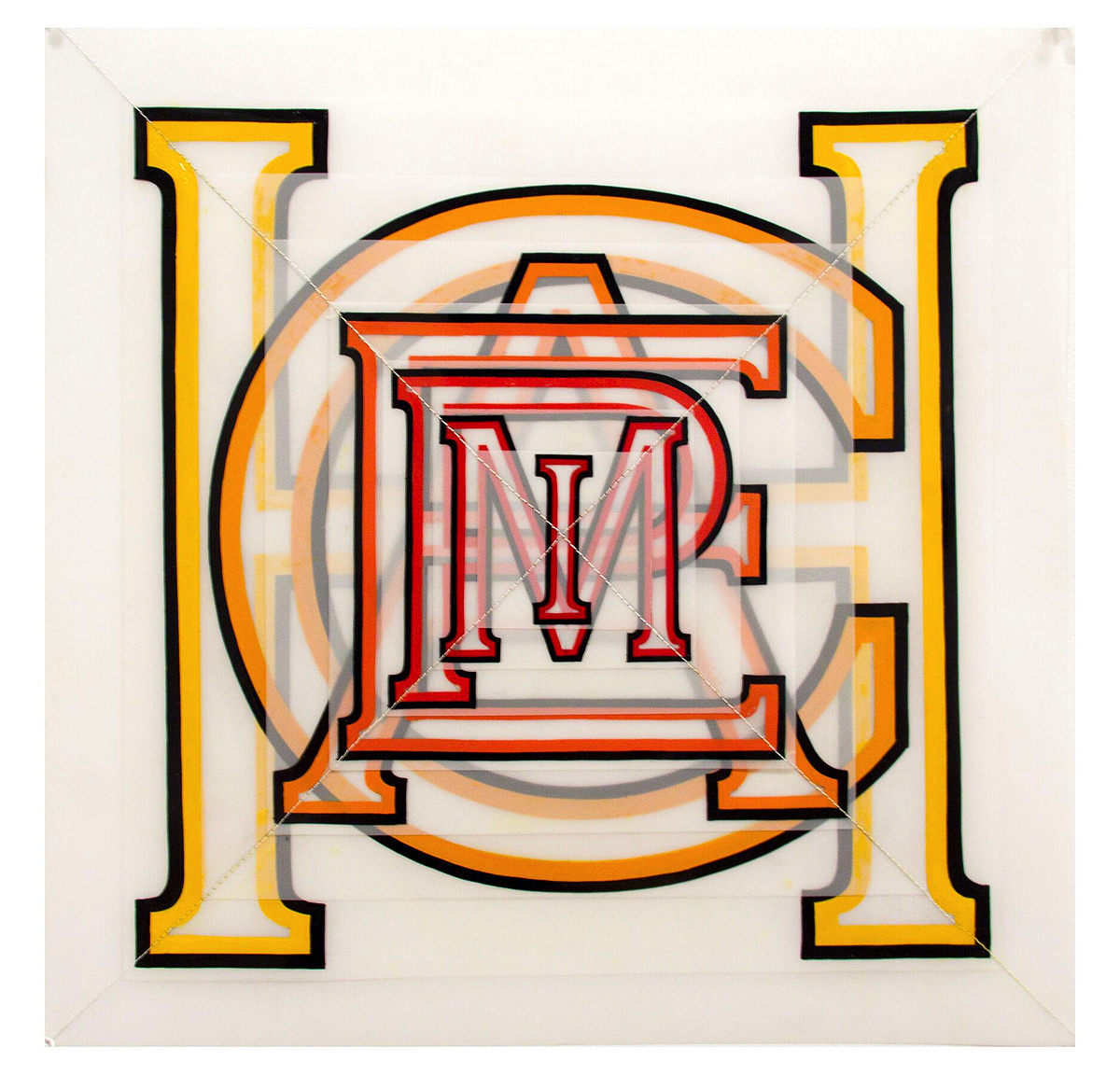 "Language ought to be the joint creation of poets and manual workers."
- George Orwell

Postmasters is pleased to announce a solo exhibition of Joe Amrhein, his largest show in the US since 2003.
Since the mid-1990's Amrhein has been working with the translation, interpretation, and misinterpretation of language. With a background as a sign painter (yet another lost trade, a traditional practice where the human hand has been replaced by the computer), Amrhein manipulates letters, words, and phrases as both visual and verbal codes. He uses hand- painted lettering to create densely layered works that question the validity of knowledge. His works can be deciphered as text and/or viewed as images robust with the wealth of the visual vocabulary of fonts, painterly techniques, colors and scale.

The underlying idea of all his works exposes the inherent slippage of language, the subjectivity of meaning, the fallibility of translation, and the ever-present potential for failure of the viewer to understand and the artist to communicate.
A Fallibility of Perception, a waterfall-like centerpiece of the exhibition, is a vertical stack of overlapping mylar sheets, each using the titular phrase translated into twenty two different languages.
In several other works short phrases (like "Anonymity, No Longer An Option") are translated from one language to another and then another, with meaning changed irrevocably as in a game of telephone. "I think that's how wars get started; no one understands each other," Amrhein says.
Forgery is a series of signatures by famous people, rendered in a commercial sign-painting style on different surfaces. Signatures, typically a mark of one's unique identity and evidence of one's existence, are forged and commodified: Miles Davis, Albert Einstein, Fidel Castro, Adolf Hitler, Henry the VIII, Joan of Arc, Rosa Parks, John Hancock.
The language used in Amrhein's most recent work is derived from current observations focusing on the political quandary we're currently facing–the frustrations, and the difficult realities and misunderstandings that contribute to larger narratives, true or false.
In a series of single word text mandalas on layered mylar the word reveals itself letter by stacked letter: Kakistocracy, Egomaniac, Post Factual, Smoking Gun, Impeach, Charlatan.
Positioned in the center of the exhibition is Bonfire, a sculpture that utilizes words spoken by Trump and words that are associated with him–Narcissist, Malfeasance, Asshole, Cronyism, Psychopath, and many more–painted in multiple fonts and colors, on tree branches assembled into a bonfire structure, calling to mind either a purging through fire, or a looming confrontation.

Disclaim/reclaim/proclaim "Joe Amrhein is a friend of mine for many years. A gallerist and a founder of Pierogi Gallery, he has been my partner in crime in many art world initiatives. He is a tremendous artist. It is an honor to host this show." -Magda Sawon